How to choose the name for your printing company?

Any bussiness company needs a name to make itself known on the market. Many entrepreneurs try to get the public’s attention with the labels of their businesses or their products. Each one of them hopes to have chosen a “good” name, one that will be appealing to customers and generate profits.

It is not a surprise that the alternatives are infinite. But in fact what does it stands for? Would you prefer a descriptive designation, a joke, an icon, an acronym, or would you just make it up. The printing industry deals with the same dillemas. Another pertinent question in such cases is does the name really matter? Is it supposed to be distinctive, appropriate or even likeable for a company or product to have success?

The easiest way to do it is to use your own name like others before (Hawlett-Packard-perhaps one of the most known printer and other image products supplier ) or name it after the place where it is located (for example Heidelberg which is a word-wide provider for services and solutions for the print media industry). Maybe you think that it is less pridefull if only a part of the name is used, this might be the case of Lexmark another famous printer supplier, located in Lexington, Kentucky in the U.S.

It is possible that, when naming the company by using the beginning of the city’s name Lex and mark, the intention was to turn it into a brand that originated and is specific to that place.

The point is that today in the commercial world personal names are now rarely used to label a bussiness or product and the trend goes for discriptive names which include in their denomination often the word “printing” or “print” such as Richfield Printing, C&D Printing, Picasso Print & design). And what could be more descriptive than that, offering your public a clear clue of what you deal with.

So far , so good ..but what’s in a name that makes the difference? It is good to know that there are a few tips when somebody choses a name for his company: be memorable, be short, descriptive, avoid confusion and especially if you target also the international market try to have an international meaning.

Of course if you want to forget this criteria you should just go for more clever names, meaning that such names, often have more than one meaning. For instance, there is a company called PaperMate does anybody has any idea what it deals with? Just think a little of the two words put together paper and mate. The perfect mates for paper are of course writing intruments, so the company must produce such intruments for the stationery industry.

Think a little deeper, in printing you also need paper so it would be also a suitable name for a printing company. But unfortunately is already taken so you have to figure out another. Any two relevant words put together can result in a clever name and if you do not want to think over it yourself the online media is full of applications like Street,Boat, Company or anything you can think of Name Generator , that are easy to use and ready to give you a hand. But do not be that bold or you will end up with a name such as West Ink which by the way has nothing weird at a first glance..but try to read it together and the result would be we stink and nobody would go for a company whose name advertises such services (in a hidden manner let’s say).

In the end the most priceless advice when naming your business is to be most careful for it stands for yourself your services and is the key to become a successfull brand. 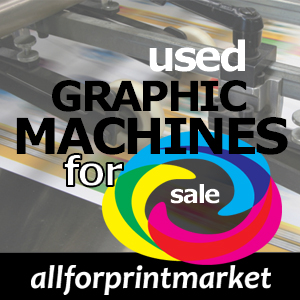